Innovation is a Matter of Technology Transfer

Our Subject Matter Expert Benoit Chevalier shares his take on corporate innovation and what it takes to make it successful.

Technology transfer is a fractal phenomenon. At all scales of an economic ecosystem, it creates the same problem: how to bridge the trust gap between buyer and seller, which some have often used to call the “valley of death” to emphasize that it was associated with the investment risk to be taken?

When I was in the technology transfer office of a large French research center, our mission was to find industrial companies interested in patented technologies developed upstream by our scientific teams, based on a mixture of program directions, market trends, researcher affinities and state strategies. As a result, we often came up with something unexpected for manufacturers, pushed to develop of a minimum viable product (MVP) to reduce the risk to be taken as much as possible. No need to say that the successful transfer rate was low for a very high cost on the research center. A kind of bet taken, where you leave with your tanker truck to cross the valley of death hoping to have a gas station at the other end. A journey which was often a one-way trip (putting the whole office in danger) and which discouraged many initiatives.

Subsequently, I have seen this pattern repeated in different situations, between customers and software companies, between startups and large companies and within a company itself. Indeed, I saw a parallel with centralized innovation departments, developing new concepts and then offering them to factories or production centers. And always this phenomenon of reserve in the face of an unexpected object more or less shaking up routines and procedures for an underestimated benefit and a cost that always seems too high at the start. The problem was there, a development of linear and unidirectional innovation which maximizes the risk on the decision of the customer, whether it is internal or external to the organization.

In terms of external technology transfers, things have changed. From my point of view, by the initiatives of American universities to find solutions to compensate for the drop in federal budgets and to maintain their income from patent licenses (these had exploded from the Bayh-Dole Act, American law of 1980 aimed at promoting "technology transfer" through patents, but had seriously begun to run out of steam since the 2000s) and the emergence of the concept of open innovation. The creation of the Penn Center for Innovation in the United States, to optimize technology transfer from the University of Pennsylvania, is a good example. Innovation and its transfer are now a circular process. The acquirer of the technology must be upstream of the project, even before having coded, tested, designed or transformed anything. The goal? Guarantee as much as possible an outlet on the market for the results of the project, whether research or innovation. Thus, we cultivate business relationships and we co-innovate with customers (customer-centric innovation), the crowd (crowdsourcing innovation), licensees (co-innovation) so that they become stakeholders in the process. The gas station has just given us its GPS coordinates!

Applying this to internal innovation programs and their operating model, it comes down to finding the candidates (plants, business units, departments) to integrate innovation before the project even begins, in order to engage them (conceptually, financially, organizational wise). Because if there is something that still hinders internal innovation, it is the lack of governance and the lack of resources in the face of risk taking. From there, more ambitious models can be applied, with for example the pooling of a project between different entities of a group to share the benefits and the risks. Imagine! An innovation project manager could propose to develop a project on a strong and transversal theme, such as additive manufacturing for example, by including several factories and business units which would benefit from all the knowledge and results in return for freeing up resources. By rebound effect, other ideas can arise along the way, the PoC would be integrated into a production chain and above all the learning capacity of the organization would be stimulated.

I finally come to the conclusion of my speech. The gradual evolution of the project manager or innovation manager towards a role close to business developers, in order to comply with these new practices. Transversal, orchestrator, he must now know how to sell his project internally, market it and have a high-level vision to optimize the use of heterogeneous resources. He must also be able to coordinate ideas and teams in order to create new solutions within a company. Innovation department needs business developers and a frequent staff turnover.

Convincing someone to take a risk will always remain complicated, and somewhere that is what gives it value. But it is not forbidden to find solutions and playing on the human rather than on the process can sometimes pay off. 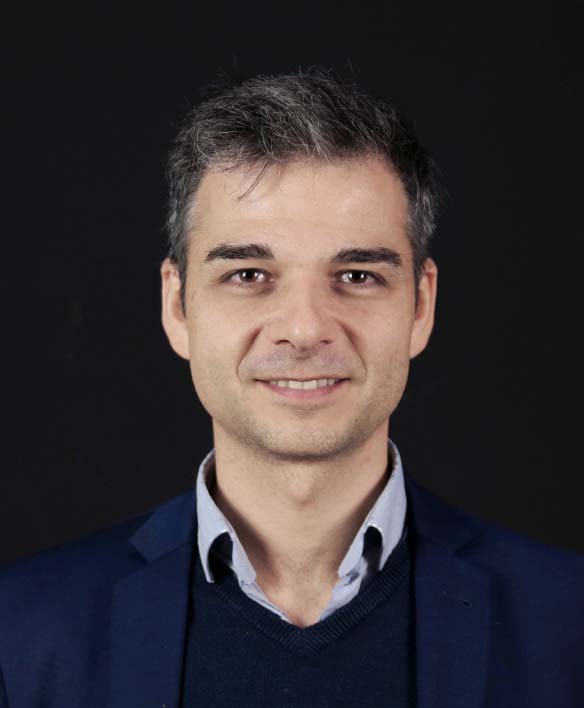 Benoit is Subject Matter Expert for innovation and digital transformation at innosabi/Questel. He has helped to build innovation programs in companies across the whole world and is always happy to share his insights.